In the last month AIESEC in Turkey has proved the global organization and make its Globality turn into action with variety of the international cooperation and projects. One of those cooperations is with AIESEC in TAIWAN . Taiwan is a small island at the very east of the world Map with 22,500,000 population, in the time zone GMT+8 J , where officially people speak Mandarin language and believe in Religions Buddhism, Taoism and/or Confucianism.

And Turkey, where we live is in the opposite direction, located as a bridge between Europe and Asia ,in the time zone GMT +2 with nearly 75,000,000 population, where the official language is Turkish and majority of people believe in Muslim but also diversity of Religions like Christianity , Judaism and diversity of lot's of ethnic groups live together.

Both of those countries are living in a harmony with all these diverse characters . And this Year they will come together to explore each others Harmony and turn it into Unity of Diversity.

Under the Community Involvement Project of AIESEC in Taiwan and AIESEC in Turkey , Turkey will host 6 Taiwanese student in three different cities : Bursa , Izmir and Antalya for two months starting from July.

Taiwanese AIESEC Members will be doing their volunteer internships at the Governmental Bodies such as Antalya Municipality or Non-governmental Organizations such as Turkey Education Volunteers Foundation (TEGV) , Local Agenda 21 and AIESEC's projects on CSR . This way , by developing themselves personally they will also contribute to the society we live in by doing so:

We hope that this project will be a good step for development of bilateral relations between Turkey and Taiwan . As AIESEC with the aim to contribute to the development of societies we are eagerly waiting forward to meet our TAIWANESE Friends within the next 2 weeks. Congratulations to everyone who has taken part in this impactful project and Special Thanks to Local Committees Antalya, Bursa and Izmir for taking this initiative. As MC of AIESEC in Turkey we wish great success and joyful time for all of us and we are looking forward to see more these kinds of projects in the future. 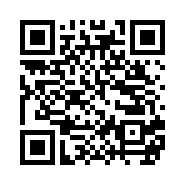