「想，就勇敢去做吧！」這不是一句口號，而是一個夢想。十年的旅行生活，走過美國、歐洲、中東及亞洲各國，留下了超過一千篇文章，五萬張照片以及近百萬字的字跡。從國際志工、交換學生、馬祖服役、海外出差及自助旅行，這是成長的軌跡，也是謙卑的學習。世界很大，海很藍，趁著年輕去旅行吧! 粉絲團： 轉個彎旅行
Forwarded from http://www.gopetition.com/region/237/8314.html
The Chinese language has many dialects spoken yet Mandarin has always been the official language.

In Mandarin, there are two present types of writings: Traditional and Simplified Chinese characters.

Traditional Chinese has been the official form of writing for thousands of years. And from it, the Simplified form was born. In recent decades, China’s effort in trying to make Chinese easier for both her youth and foreigners resulted in this push of Simplified Chinese. However, at the same time, Traditional Chinese is still studied and widely recognized.

The purpose of Simplified Chinese was meant for an easier reading (with less characters) and less pen-strokes in writing characters. It is the attempt of making Chinese more phonetic rather than having many words pronounced the same.

The two forms of Chinese have always co-existed peacefully for many years. The importance of Traditional Chinese lies in the fact that each character represents a very specific meaning. This is of extreme importance because it allows the reader to understand a written word even without the word being in context.

Simplified Chinese, although convenient, fails to incorporate meaning into its characters. Many words of same phonetic sounds are replaced by a single character that possesses the same sound but lacks in meaning. The major downfall of Simplified Chinese is that it lacks meaning. Currently, historical texts are in Traditional Chinese, (simply because one can read and understand based on the author’s choice of words) however, if Traditional Chinese is to be replaced by Simplified Chinese, one would not be able to understand these texts/writings because words have lost their meanings, they simply represent a way of pronouncing the texts. As time progresses, this would result in the lost of history and culture.

UN's action to "unify" the Chinese characters and recognize ONLY Simplified Chinese will have devastating impact upon the Chinese language, culture, history. Internationally, Traditional Chinese would be forgotten and neglected, it would only be a matter of time before Traditional Chinese becomes the next “Latin”. (the dead language) Along with this lost of language, would be a culture and histories lost forever.

Although Simplified Chinese is an easier way to learn Chinese, but it should not be the only form of Chinese written language. It should be a convenience, not a absolute. By allowing it to become the “official” writing, the Chinese language would be in regression. 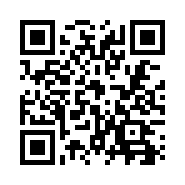