I didn't come back to my home this weekend. To avoid the lonely feeling here, I went out to watch a movie, "keeping mum", with AIESEC trainees, Jorge and Augusto in their house.

The summary of movie is as follows:
Walter Goodfellow, the vicar for the small English country parish of Little Wallop, has allowed his marriage to Gloria go stale and he is so detached from his family that he has not taken notice that his 17-year-old daughter Holly is going through a succession of inappropriate relationships with unsuitable boyfriends and his son Petey fears going to school due to being bullied. Out of desperation for affection, Gloria begins to fall for the advances of Lance, the American golf pro that is giving her "private" lessons. The problems upsetting the family start to fade away after Grace Hawkins, the new housekeeper, arrives and starts tending to matters as an older, and rather darkly mysterious version of Mary Poppins.

About the movie, I think it helps us to think over morality more. Although we know Grace wants to solve some problems in their family, the way she uses still makes me disgusted. Why need she kill so many people to achieve her goals? However, I think the meaning of "Keeping Mum" is here. The director trys to use "different" ways to express his opinions and gives some instructions to those people who have ever made such a mistake. Anyway, I still consider it a good movie. 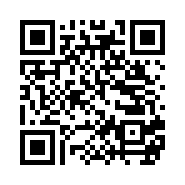