「想，就勇敢去做吧！」這不是一句口號，而是一個夢想。十年的旅行生活，走過美國、歐洲、中東及亞洲各國，留下了超過一千篇文章，五萬張照片以及近百萬字的字跡。從國際志工、交換學生、馬祖服役、海外出差及自助旅行，這是成長的軌跡，也是謙卑的學習。世界很大，海很藍，趁著年輕去旅行吧! 粉絲團： 轉個彎旅行
1. The Chairman of the U.S Federal Reserve, Ben Bernanke, has warned that the economic growth will slow down before the end of the year. But he says the economy was not heading for recession and the fall-out from the credit crisis could lead to a healthier financial system in the middium-to-long term.

2. The North sea coast of the Netherlands and Britian are facing their worst flood threat in decades, from a storm-driven tidal surge. The British government has warned the flood defences could be breached in Eastern England where police are evacuating elderly and disabled people.

3. A group of former pilots and government officials has called on the U.S. government to reopen an investigation into claims of UFO sighting, which has being closed since the late 1960s. The groups all say they have seen the UFO or have conducted to research into the phenomenon.

11/7
1. The authorities in the neighboring Caribbean countries of the Domincan Republic and Halti say at least sixty people have died as a result of heavy rains and mudslides sparked by tropical storm Noel. The Dominican authorities say that another 33 people are unaccounted for and that more than 25000 have been left homeless by the storm.

2. The US navy has helped with the release Taiwanese vessels, seized off the coast of Somania, the latest sign that is getting more directly vote in attacking piracies in the region. In the past week alone, the U.S. maybe has intervened on behalf of at least four vessels captured by piracies.

4. A Taiwan national living in the suburban Cincinati, Ohio, has pleaded guilty to a series of rapes in which he used stun guns and chloroform to knock out the teenage daughters of his friends while they were home alone. 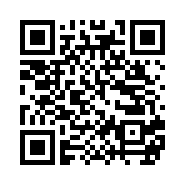